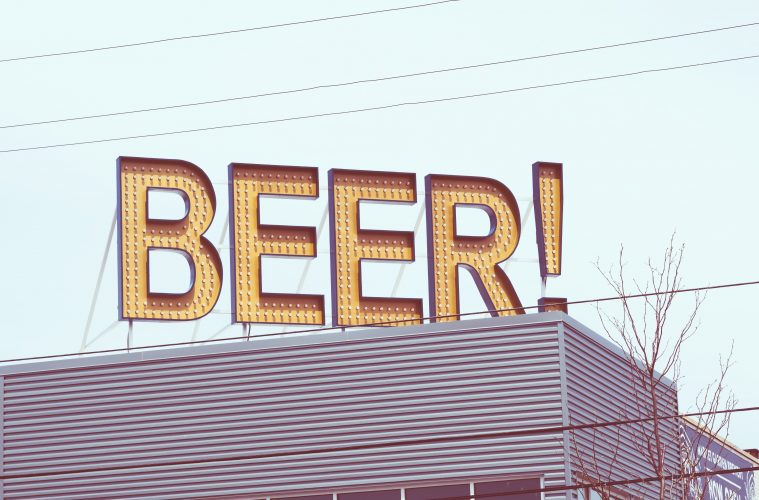 The Canadian Manufacturers & Exporters (CME) in partnership with the Government of Ontario issue designation to 96 Labatt brands, from Budweiser and Labatt Blue to Palm Bay

Labatt Breweries of Canada received an official ‘Ontario Made’ designation for 96 beer and ready-to-drink brands that are proudly produced at Labatt’s London and Toronto facilities, building on the company’s Ontario roots dating back to 1847.

The Ontario Made program, created by the Canadian Manufacturers & Exporters (CME), is supported by the government of Ontario and aims to promote and support locally-made products in the midst of the province’s economic recovery. A label has also been developed to help consumers easily identify, access and purchase products that are made in Ontario.

“We couldn’t be more proud to receive an official designation that recognizes and celebrates the fact that 96 of our brands are produced right here in Ontario, where our company was founded in 1847,” said Kyle Norrington, President, Labatt Breweries of Canada. “We have an incredible team on the ground in Ontario, from our hometown London facility to our Toronto head office and Mill Street Brewery who take pride in making the products Canadians have grown to love.”

“We are delighted that Labatt Breweries of Canada is a member of the Ontario Made program,” said Dennis Darby, President & CEO, Canadian Manufacturers & Exporters. Labatt’s involvement in the program not only highlights the best that Ontario manufacturing has to offer, but will help deepen community connection and resiliency by encouraging consumers to support Ontario products and strengthen our economy together.”

Since its inception in 1847, Labatt has been a key contributor to Ontario’s economy and local communities. Its London, Ontario brewery alone produces nearly 30 per cent of all beer brewed by Labatt in Canada, and the company spends more than $245 million on goods and services in the Province of Ontario. The company also employs almost 1,200 people across its businesses and facilities across Ontario and 3,500 Canada-wide.

Throughout the pandemic, Labatt remained an essential business and played a role in combating COVID-19 by shifting production to produce 100,000 bottles of hand sanitizer, supporting local restaurants through its involvement in the POST Promise and Stella Artois’ Rally For Restaurants program, donating 135,000 non-medical facemasks to restaurants and Food Banks Canada, and delivering 223,000 cans of water to Toronto shelters.

“Supporting local and giving back to our communities is critical to helping Ontario recover,” said Norrington. “We’re proud of our Ontario Made brands and look forward to continuing to find ways to contribute to rebuilding our province and our country.”

About Labatt Breweries of Canada

Established by John Kinder Labatt in London, Ontario in 1847, Labatt Breweries is one of Canada’s founding businesses and its leading brewer. The company today has more than 3,500 employees, six breweries, four stand-alone craft brewers, a BC distillery and a portfolio of 60 quality beers, including Budweiser, Alexander Keith’s, Labatt Blue, Kokanee, Stella Artois and Corona.  Brands also include ready-to-drink beverages such as Palm Bay and Mike’s Hard Lemonade and NÜTRL VODKA SODA. As part of the Anheuser-Busch InBev family, Labatt is committed to Bringing People Together for a Better World, making a positive contribution through multiple programs that support its communities, promote responsible drinking and protect the environment.

Since 1871, Canadian Manufacturers & Exporters has been helping manufacturers grow at home and, compete around the world. Our focus is to ensure manufacturers are recognized as engines for growth in the economy, with Canada acknowledged as both a global leader and innovator in advanced manufacturing and a global leader in exporting. CME is a member-driven association that directly represents more than 2,500 leading companies who account for an estimated 82 per cent of manufacturing output and 90 per cent of Canada’s exports.