The foodservice industry has an opportunity to be a driver of change, and to shake the unsustainable practices that it’s built upon.

“I remember after grocery shopping, I felt so rich,” says Paul Taylor. “There was a joy to having food that was contrasted by the days when we had very little. While I may not be materially poor or hungry now, those experiences inspired in me a lifelong commitment to challenge poverty and food insecurity.”

Paul Taylor is the executive director of FoodShare, a Toronto-based initiative that works to combat food insecurity through community-led projects and education. Taylor has firsthand experience with this struggle. He grew up materially poor in Toronto and his family often struggled to fill the fridge, especially under Mike Harris’s government that slashed welfare by 22 per cent.

“That had a huge impact on our family,” Taylor says. “We lost our heat, our electricity, our water. I think countless other families across the province struggled in similar ways. My curiosity around the power of food started with those early childhood experiences.”

3.5x Black Canadians are more likely to be food insecure than white folks in this country

12% of white children live in food insecure households, versus

Like Taylor’s family growing up, over four million Canadians now are struggling to feed themselves and their families. It’s a crisis that needs immediate attention. Income, says Taylor, is the main driver of food insecurity. He points to low minimum wages and lack of income support, but also to the way we have been conditioned to respond to poverty and food insecurity as social issues for charities to deal with. “If there was a house on fire, we wouldn’t for a minute rely on neighbours and the community to get buckets of water to put out the fire, so it’s a bit ludicrous to expect the community to be responsible for as pervasive a problem as poverty and food insecurity. Not only does that not work, but it allows the government to turn a blind eye to the resources available to them to address these issues. Instead, they opt for photo ops at food banks. We’re less interested in seeing them sort food—we want them to sort policy. This is about people’s lives. In a country that likes to talk a lot about human rights, this is a domestic human rights issue that we have a moral imperative to respond to.”

It means taking on entrenched attitudes and systems like white supremacy, which keep racialized people at higher risk for poverty and food insecurity. The first step is to start collecting data that reveals where the vulnerabilities lie. 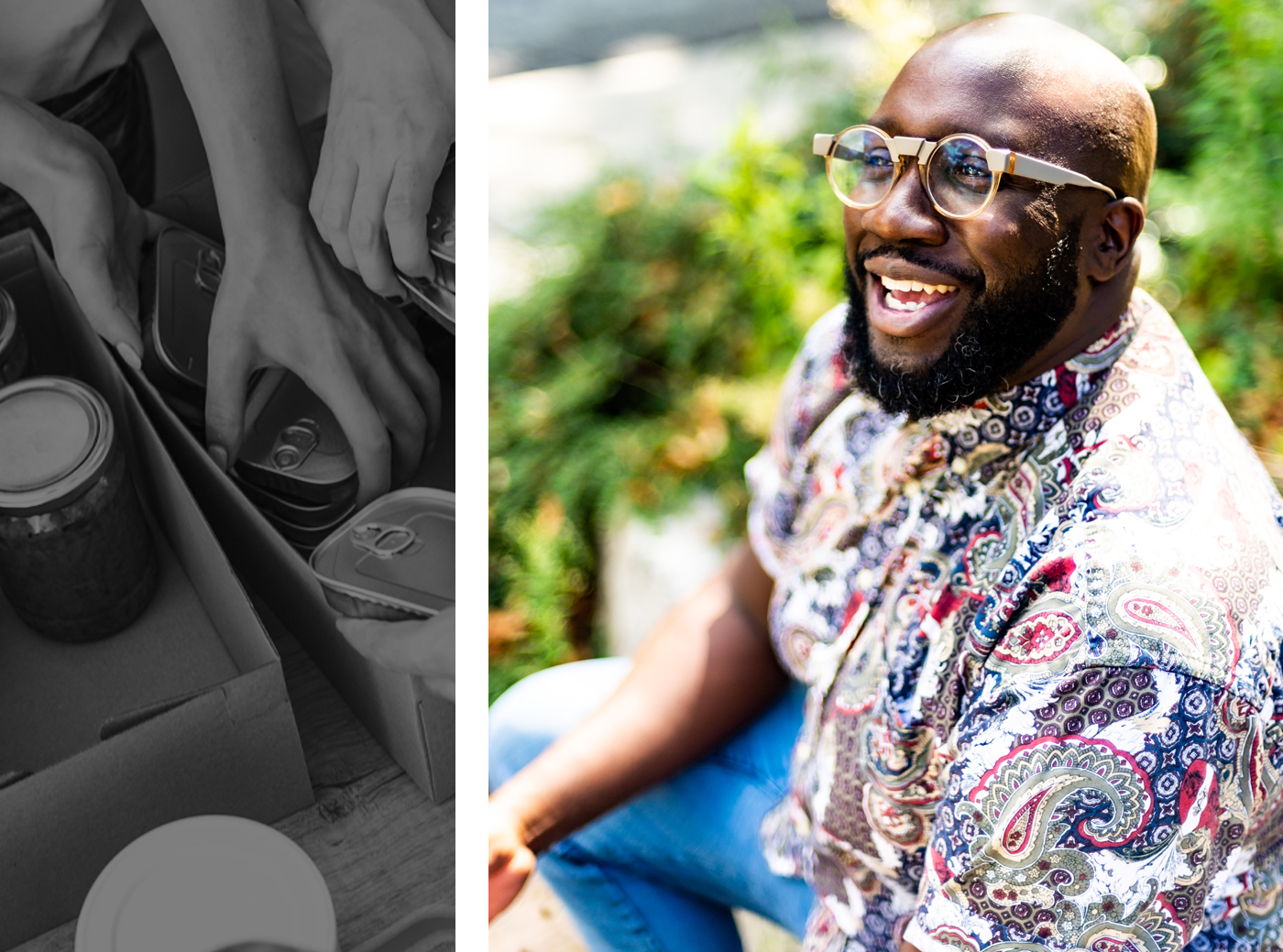 “I would be remiss not to speak about the role racism plays in who has food to eat in this country,” says Taylor. “FoodShare partnered with PROOF out of the University of Toronto to look at the intersection of food insecurity and race. We quickly realized that this was not a conversation about race and food insecurity. This was a conversation about food insecurity and anti-Black racism. We learned that Black Canadians are three and a half times more likely to be food insecure than white folks in this country. We learned that 12 per cent of white children live in food insecure households, versus 36 per cent of Black children. We turned the data every which way to figure out what was happening.”

They found it didn’t matter what the household composition was, or whether a Black person was born in Canada or had immigrated, whether they owned a home or rented. The racism entrenched in our food systems keeps Black families from accessing the food they need.

“White folks receive more social assistance in Canada than Black folks,” adds Taylor. “We thought, ‘What’s going on here?’ Welfare is a calculation that someone just punches in. What this data is telling us is that not only are white folks more likely to be approved for disability— believed that they have a disability—but that they are more likely to be approved for more money than Black folks. There is nothing that causes that other than institutions that have been built and predicated upon white supremacy. No food hamper, no food drive, is going to solve that.” Data is key when it comes to fighting food insecurity because data tells those who drive change in which direction that change needs to run. “People like to say, at least we don’t live in the US,” says Taylor, “but one thing the US is doing is collecting race-based data, and they’re using that data to introduce responses that are rooted in health equity. If we know that Black people are three and a half times more likely to be food insecure in this country, we can then encourage policymakers in their response to food insecurity to have an impact on the communities that the data identified as being most vulnerable.”

Getting the right people to the solution finding table is another challenge since Black and Indigenous people are most likely to be affected by food insecurity, but non-profit boards and policy-making teams are more likely to be occupied by white people, and white men in particular. “When I look around at the sector I work in,” says Taylor, “leadership is pretty white, and the larger the budget, the more likely it is to be a white male. Why are we as a society entrusting the folks that are least likely to be affected by the issues that we’re working on to solve them? We will know that our collective efforts are succeeding when we see not just more diversity in leadership, but a commitment to addressing those inequities that exist in our society and clear evidence that those inequities are decreasing. Some of these systems are so deeply entrenched in our institutions that I think some of them need to be reimagined, or defunded and abolished, so we can use our collective resources to build more equitable, more just, and ultimately more useful institutions for all of society.”

The foodservice industry has an opportunity to be a driver of change, and to shake the unsustainable practices that it is built upon. Tipping culture, says Taylor, is just another form of charity, and we know it doesn’t work. The lowest wage earners—who are more likely to identify as BIPOC—need to earn a sustainable wage, should have access to benefits, and should be offered pathways to increased opportunities. Migrant workers need their human rights valued and upheld, and need to be seen as part of the larger system they operate within. 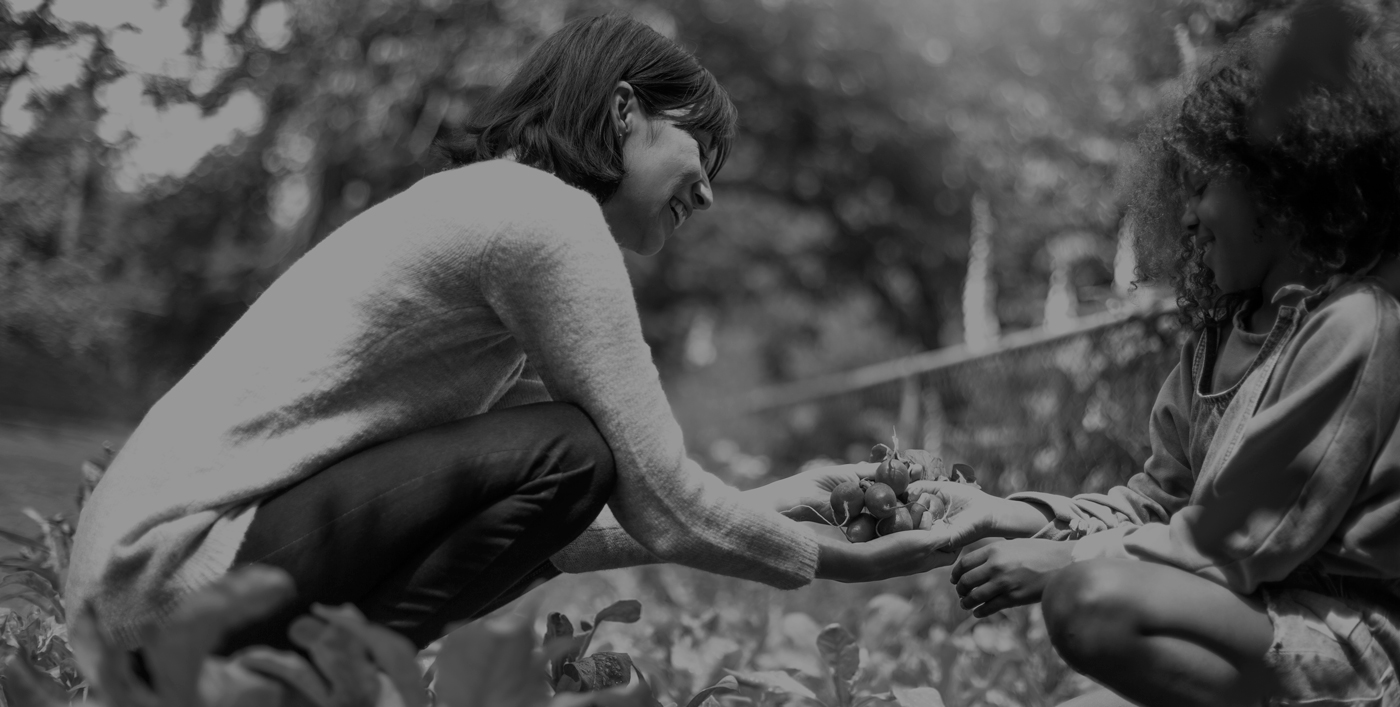 Even in the face of the challenges ahead, Taylor is optimistic. He sees a shift happening as people become less comfortable with injustice, and he supports the groundswell of change that is underway.

“I would love to see food insecurity and poverty be something that one day is just written about in history books as we think about what life was like, once upon a time, before politicians took addressing food insecurity and poverty seriously,” he says. “The biggest thing we can do is come together and collectively dream about a new normal. We can dream about well-paid staff, we can dream about migrant agricultural workers that are treated well, we can think in new ways about how we operate and run restaurants and the whole industry. Let’s seize this opportunity collectively to push back against the limitations that have been imposed on our creativity, and let’s expect a bigger role for our government to play in the right to food. We live in one of the richest countries in the world. Let’s start working on that action plan together.”

HOW CAN YOU BE INVOLVED?

Go to foodshare.net to do something today.

At foodshare.net, you can take a stand for food justice, donate, engage or contribute to one of the many programs or take part in ‘Recipe for Change.’

“If anything good is to come out of a pandemic, it must be our collective will to move towards a more just society.”