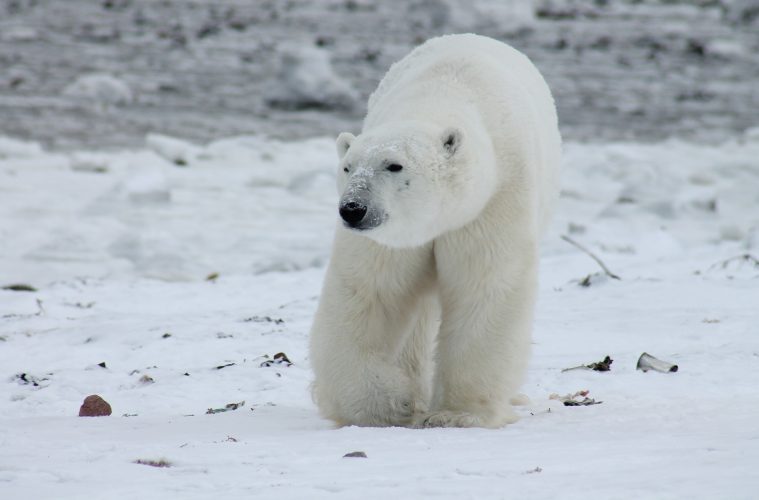 The vast and beautiful Arctic Ocean is Canada’s largest ocean area. Steeped in tradition, it defines northern communities and cultures and is home to diverse and dynamic ecosystems. Today, the Arctic Ocean faces changing conditions largely driven by global human-caused stressors, including climate change. Together with Inuit and Northern partners, the Government of Canada is working to better understand the Arctic Ocean, sea ice and the complex ecosystems they support.

Yesterday, on Earth Day, the Minister of Fisheries, Oceans and the Canadian Coast Guard, the Honourable Bernadette Jordan, released Canada’s Oceans Now: Arctic Ecosystems, 2019, the second status report of the annual ocean series. Canada’s State of the Ocean reports are summaries of the current status and trends of marine ecosystems in Canada’s three oceans, released every four years.

The report was co-authored by Fisheries and Oceans Canada, Environment and Climate Change Canada, the Government of Nunavut, and the Fisheries Joint Management Committee. It includes current knowledge and trends for Canadian Arctic marine ecosystems based on scientific findings and Inuit knowledge. It outlines observed sea ice-related ecosystem changes and provides new insight into varying environmental conditions and the connections between ocean and coastal areas. “We’re seeing the impact of climate change on our oceans already from loss of sea ice, increasing ocean temperatures, ocean acidification and shifts in species distributions. This report on Canada’s Arctic marine ecosystems is an important step in protecting the Arctic marine environment, our communities, and our culture.”

The Honourable Jonathan Wilkinson, Minister of Environment and Climate Change

“Inuit Nunangat, the Inuit homeland in Canada, encompasses the entirety of Canada’s Arctic coastline, and our comprehensive land claims agreements are inclusive of large spans of ocean and ice. So the health of the Arctic Ocean is directly related to Inuit health and wellbeing. We look forward to advancing work with Fisheries and Oceans Canada on the development of a new DFO Arctic Region which is inclusive of Inuit Nunangat and the Arctic Ocean, and welcome the release of this key report into the state of marine ecosystems.”