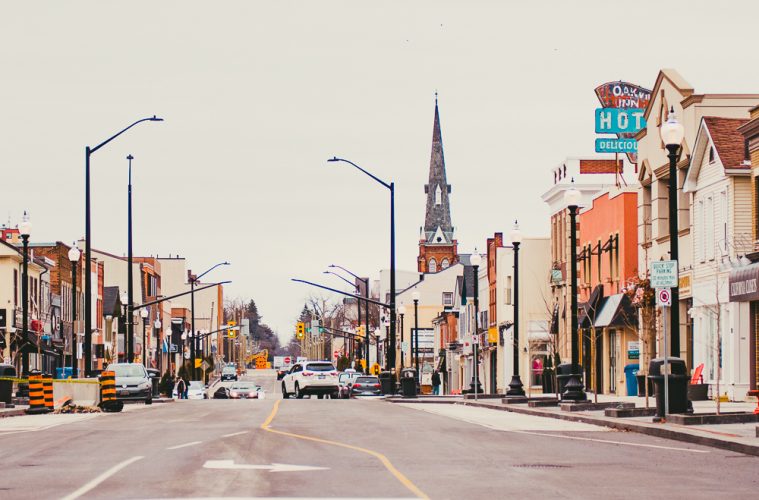 In changing urban neighborhoods, new food offerings can set the table for gentrification

When new residents and businesses move into low-income neighborhoods, they often deny that they are displacing current residents. In a striking exception, a coffee shop in Denver’s rapidly changing Five Points area posted a sign in 2017 that read “ink! Coffee. Happily gentrifying the neighborhood since 2014” on one side, and “Nothing says gentrification like being able to order a cortado” on the other side.

The sign struck nerves and spurred protests because it illustrated something about urban residents’ experiences of gentrification – changes that occur in moderately priced neighborhoods when more upscale residents and businesses move in.

Gentrification fundamentally revolves around who gets to – or has to – live in particular places. But the economics of housing changes cannot be separated from cultural shifts.

When the type of food sold in an area changes, it provides a focal point for identifying gentrification. And it can lead residents to push back. As co-editors of “A Recipe for Gentrification: Food, Power, and Resistance in the City” and researchers in our own right, we’ve identified many ways that food and gentrification are linked in cities across North America.

While gentrification mainly results from large-scale developments recruited by city governments, well-intended small businesses and nonprofits can also play a role, particularly at early stages. Food businesses are among the first to change in historically disinvested low-income communities and communities of color.

Because they operate on narrow profit margins, restaurants and cafes are especially likely to exploit the “rent gap” – the disparity between current rent prices and perceived future earnings – that exists in these locales. They prepare neighborhoods for development, because food is a ubiquitous commodity and cultural cue.

[Expertise in your inbox. Sign up for The Conversation’s newsletter and get expert takes on today’s news, every day.]

A similar dynamic is at play at farmers’ markets and community gardens. Realtors and other urban boosters promote these spaces to attract newcomers.

For example, since the 1980s, the largely white and middle-class managers of Seattle’s network of community gardens have ensured gardeners continued access to increasingly valuable land by convincing city officials that gardens are useful amenities to attract upscale residents.

Going even further, Denver’s S Park development, completed in 2018, is also known as Sustainability Park. Its developers built a solar community garden and capital-intensive hydroponic vertical farm as amenities for the project’s pricey condominiums and townhomes.

The project sits on former public housing land in a historic African American community. This location also once supported grassroots urban agriculture initiatives. Both long-term residents and urban farmers now struggle to maintain access to land as the pace of development accelerates.

Examining food reveals that gentrification is also about neighborhood culture, especially as new and old residents struggle to assert competing senses of race, ethnicity and place.

Long-term New Orleans residents have described seeing their unique foodways commodified and redefined as newcomers increasingly dominate local food and urban agriculture scenes. In San Diego, restaurateurs offer upscale versions of regional dishes, such as the infamous Tijuana hot dog, but with ingredients and price points designed to appeal to highbrow white tastes. These culinary trends signal to longstanding communities of color that their neighborhoods are no longer for them, creating a cultural disconnection and displacement that can precede their physical eviction.

Gentrification not only pushes communities of color out of their neighborhoods, but shifts the character of an area until it feels like a place for more affluent white people. A changing foodscape is key to this process, even when people of color are still present.

Access to culturally relevant foods diminishes as businesses that once catered to longstanding communities close, or new businesses co-opt traditional foods to attract newcomers. Food becomes both a marker of to whom the neighborhood now belongs, while also ironically acknowledging to whom it used to belong.

Communities can also use food to resist physical and cultural displacement. As one example, Community Services Unlimited, a nonprofit that emerged out of the Black Panther Party, is constructing a grocery store and wellness center in South Los Angeles. This facility will increase access to healthy food and jobs and assert the Black community’s continued presence in the face of displacement pressures.

In Chicago’s Humboldt Park, Puerto Rican activists work to preserve local food businesses in order to maintain their claim to the neighborhood. They also have developed an urban agriculture initiative to promote food security and cultural resilience.

Although food is a flashpoint for gentrification, cities can use it strategically to bring gentrifiers and long-term residents together around a fertile movement for equitable and inclusive cities where diverse communities can thrive.