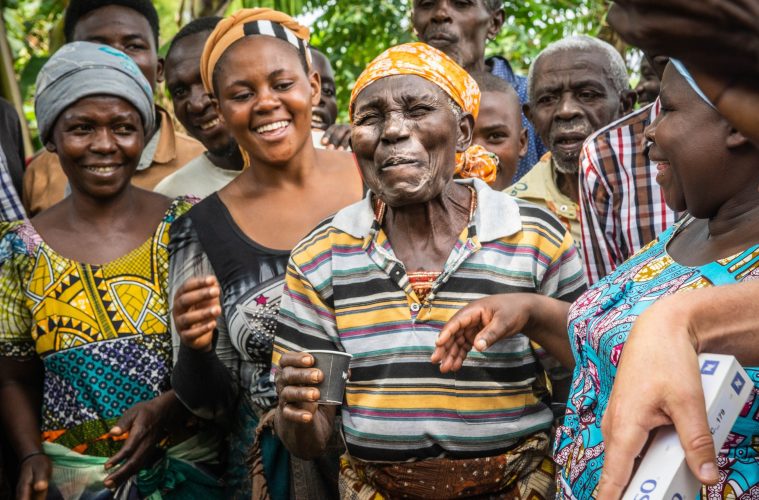 Nespresso announced a long-term commitment to revive the Democratic Republic of Congo’s (DRC) coffee industry, under its unique Reviving Origins program, with the launch of the first organic coffee of the range, KAHAWA YA CONGO, in the US. Established in 2019, the Reviving Origins program aims to restore coffee production in regions where it is under threat, bringing back to life some of the rarest fine coffees for all coffee connoisseurs to discover.

In 1980, coffee, ranked among the world’s finest, was the second most important export for the Democratic Republic of Congo, but declined in the early 2000’s due to years of conflict and economic instability that had a devastating impact on the industry. Volumes have since dropped by 10 times. KAHAWA ya CONGO comes from rain-rich volcanic soils along the shore of Lake Kivu in the Democratic Republic of Congo. This area has the potential to be among the world’s great coffee regions but has faced extremely challenging conditions recently.

As part of its Reviving Origins program, Nespresso, together with the global non-profit TechnoServe, the U.S Agency for International Development and coffee trader Virunga Coffee/Olam International, has started to implement its AAA Sustainable Quality™ Program in the Kivu provinces in 2019, through training and technical support, to improve coffee quality and productivity, in addition to establishing sustainable farming practices, and increasing farmer income. Nespresso‘s ambition is to increase the number of Congolese farmers participating in the program from 450 today to over 5’000 by 2024.

Guillaume Le Cunff, CEO of Nespresso said: “We are very proud to welcome Congo into our Reviving Origins program and we are committed to providing long term support that will help Congolese coffee farmers, and their communities, to rebuild their coffee industry and their local economies”.

“The coffee farmers we are working with have overcome incredible challenges over the years, and are determined to improve their coffee and in so doing, improve their lives,” said William Warshauer, president and CEO of TechnoServe. “Through better agronomic and processing techniques, and the engagement of a reliable buyer like Nespresso, these farmers are already increasing their incomes and starting to build a better future for their families.”

Decades of conflict have led to many farmers fleeing their homes and abandoning their crops. But coffee agriculture is not the only challenge. Today, 58% of households in the Democratic Republic of Congo lack access to clean water systems, and 15% of children do not reach their 5th birthday, with preventable and treatable diseases such as water-borne illnesses, acute respiratory infections and malaria among the leading causes.

To support the revival of DRC’s coffee farming communities and in partnership with the Eastern Congo Initiative, Nespresso is investing CHF 1 million to bring affordable healthcare and access to clean water to communities across South Kivu, contributing to eliminating cholera, a major health issue in the Democratic Republic of Congo. 23 water access points and six health clinics will be established (one primary and five mobile) which will deliver 13,000 health consultations per year to local communities. This will significantly improve coffee farming communities’ welfare and is part of Nespresso’s holistic approach to reviving the coffee industry in challenging areas.

“Everyone has the right to basic healthcare and clean, safe water, but for many communities in the Kivu region – blighted by years of conflict, instability and economic hardship – these services remain inaccessible or unaffordable. Through the establishment of much-needed water points and health clinics, the Reviving Origins program will positively impact thousands of people and transform lives,” Guillaume Le Cunff added.

“Through years of fighting and insecurity, Congolese families kept tending to their coffee fields, even after the market disappeared,” said ECI field operations manager Valéry Namuto. “They kept toiling because they had hope in a brighter future for their families. This new partnership with Nespresso will help secure a meaningful livelihood for skilled Congolese farmers and bring world-class basic services like clean drinking water and affordable healthcare to their communities.”

Nespresso formally launched the Reviving Origins program in 2019 to revive coffee agriculture and local coffee economies in regions affected by adversities such as conflict, economic hardship and environmental disasters, following several years of experience in reviving forgotten coffee, starting in South Sudan in 2011. It is an integral part of the Nespresso AAA Sustainable Quality™ Program, the company’s unique sustainable sourcing model in coffee-producing countries, which involves more than 110,000 farmers across the world. Overall, Nespresso is investing a total of CHF 10 million in the Reviving Origins program over a period of five years (2019-2023).

The “KAHAWA ya CONGO” coffee

The rain-rich volcanic soils along the Kivu lakeshores of Eastern Congo provide an ideal environment for growing specialty Arabica coffee. The first organic coffee in the Reviving Origins range, KAHAWA ya CONGO is a smooth, seasonal coffee with a mild, fruity note, and alluring sweet cereal and nutty aromas. It is now available exclusively in the US for a limited period for Vertuo. Nespresso aims to make this new rare and exquisite coffee available globally, as a seasonal edition, in 2021. The long-term objective of the Reviving Origins program is to establish these under-threat coffees as permanent blends, available all year round for consumers.

About the Reviving Origins program

Nespresso first discovered the potential of reviving a forgotten coffee when it ventured to South Sudan in 2011. The limited edition SULUJA ti SOUTH SUDAN became the country’s second export after oil in 2015 and 2016, and helped to diversify the economic base of the world’s youngest nation. In 2016, Nespresso launched the limited editions AURORA de la PAZ, its first coffee from the Caquetá, Colombia, conflict region, and CAFECITO de CUBA the first Cuban coffee to come to the United States in more than fifty years (exclusive for the US). In 2019, Nespresso officially launched its Reviving Origins program alongside new single-origin coffees from Eastern Zimbabwe – TAMUKA mu ZIMBABWE – and Caquetá and El Rosario, (Colombia) – ESPERANZA de COLOMBIA – followed by Puerto Rico – CAFECITO de PUERTO RICO. In 2020, Nespresso introduced AMAHA awe UGANDA from the Rwenzori Mountains regions of Uganda, and now KAHAWA ya CONGO from the Kivu region of the Democratic Republic of Congo (exclusive for the US in 2020).