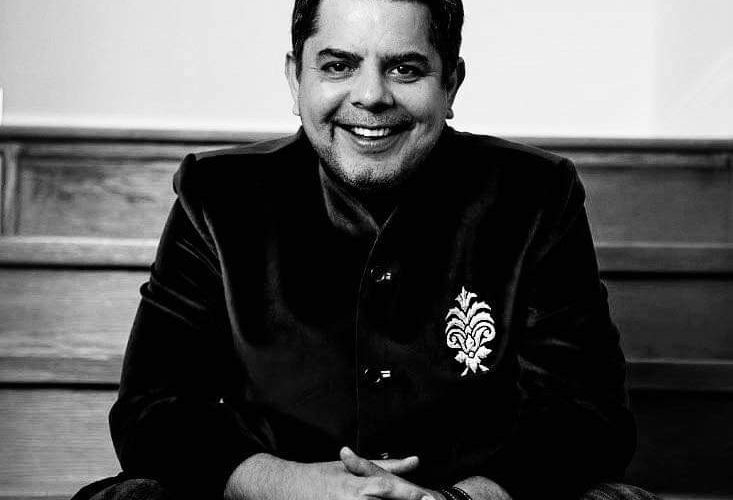 Bhagwani acquired his hotel and culinary management degree from Switzerland in 1993, followed by an EMBA in Australia in 1994. He began operating foodservice establishments in Sydney, Australia and in Dubai. Landing in Toronto in 2000, Bhagwani started his professional life at CN Tower; he achieved his professional sommelier certification in 2002.

As a restaurateur who has employed over 600 employees throughout the years, Bhagwani has been a staunch advocate on issues affecting the hospitality industry. He has led the charge on issues related to sexual harassment, equality and fair pay in the hospitality industry with his #NeverUs and no-tipping policies and continues to fight for small, independent restaurants.

On March 17, 2020, the Government of Ontario declared a state of emergency which ordered all bars and restaurants (with the exception of take-out and delivery services) closed which led Bhagwani to file a claim for damages by way of lost profits, payroll expenses, loss of stock and punitive damages under his comprehensive all-risk insurance policy, which includes business interruption. All three of his policies clearly state that losses “sustained by the Insured as a result of damaged caused by order of civil authority to retard or prevent a conflagration or other catastrophe” as well as a “loss of gross profits for a period of 12 months” and “ordinary payroll for 90 days.” The policy is not subject to sublimits of insurance. The forced closure by order of the Government of Ontario thus triggered coverage under the policies issued by Allianz.

Bhagwani has paid over $5M in insurance premiums across his various restaurants and has not previously made any claims. Independent, small businesses like his take out insurance policies with business interruption insurance precisely to weather the storm when unforeseen circumstances force them to cease operations.

Bhagwani says his claims were denied and he is now suing his insurance company Allianz Global Risks. The suit is filed for the three businesses named above, but more are coming.

“These are unprecedented times, with all of us reeling from the impact of the pandemic. Everyone is trying to help, whether it’s the federal government or the landlords.  However, the insurance companies are wrongfully denying claims. I refuse to accept this, and am taking a stand, not just for myself and my franchisees, but also for other small business owners who are in the same position,” says Bhagwani.

The pandemic, and subsequent physical distancing measures imposed by the Government of Ontario to prevent the healthcare system from being overrun, has had a devastating impact on Ontario businesses, and the restaurant industry has been particularly hard-hit. With no end date in sight, the fate of when restaurant dining rooms can re-open and how long thereafter that physical distancing measures remain in place remains unknown. The denial of claims adds to the suffering of restaurateurs..

Speaking to Bhagwani, the stress us audible in his voice. He’s frustrated, he considers himself neither small business nor a large business. He is right in the middle and he wishes that larger restaurant groups—that are also being hit by these policy decisions— would speak up. “But they don’t talk about it, they stay quiet,” says Bhagwani. This leaves it to leaders like him who feel compelled to advocate not only for themselves but for the smaller independents who are facing existential threats.

Bhagwani is not accepting any donations or assistance for legal fees. Even so, he is worried about making it through this himself. “I have been in this country for 18 years… I’m on the head lease, for three months, no support. [In a few months] I’m going to be bankrupt… They’re not giving any benefits,” Bhagwani laments.

He has been paying insurance for 18 years, he has never defaulted nor had any claims. “Seeing the Globe & Mail head office and dental offices getting insurances for pandemic and not restaurants, this is crazy why can’t we get it?” He asks, exasperated.

“They create small prints, we restaurateurs worry about larger things, inventory, rent, insurance small prints. When doing these policies, we don’t think about hiring a lawyer or whatever. We believe insurance companies will take care of us. Then these small prints tie you in. I have spoken to small owners, they have no idea what to do,” says Bhagwani, and for him, this was the call to action—helping his fellow restaurateurs weather this storm.

“Many landlords, suppliers, banks, government…so many are being helpful and making an effort. But why are these insurance companies are immune, sitting out there?” He wonders how insurance companies can do this to businesses when almost everybody else is supporting one another.

To round off our discussion, I ask Bhagwani how he and his family are doing.

“Family is okay, it’s tough for our staff… Some staff are from India on a work permit, they are all lost, they don’t know what to do, sitting at home getting antsy. How we going to open, where are we going to go? I’m assuring everyone, we will open our stores. We may take debt from bank, and what governments are offering but I just want insurance companies to do the right thing. If they don’t have a heart now, there is no point in having insurances anymore,” he says.

“I’m not looking for a handout, I just want to last until I can re-open my doors and rehire my staff.”