In light of a certain Canadian politician’s recent attempts to reframe the genocidal legacy of Canada’s residential schools, I spoke to two Indigenous chefs about a program they’ve been running in an attempt to help communities that still suffer from the intergenerational trauma created by said schools. If this summer’s Black Lives Matter marches moved you in any way then you’ve likely been on some kind of journey in 2020; taking a look at your own, often unconscious, bias and figuring out how to unlearn the inherent racism we all grew up with. For many people in Canada, this means learning the history of racism and genocide against First Nations people. This Christmas you can help to undo some of the bad by donating to a unique program to feed the people who have been the most affected by our own, very specific brand of Canadian racism.

Joseph Shawana was raised on the Wikwemikong Unceded Reserve on Manitoulin Island. Until recently he was the chef/owner of KūKûm Kitchen in Toronto. He’s known for his fine-dining approach to Indigenous ingredients like seal, cattail hearts and milkweed, and has been written up in the New York Times and the Guardian. He is currently a professor and Indigenous Culinary Advisor at Centennial College.

Christa Bruneau-Guenther is a Saulteaux Cree French Metis from Peguis First Nation Manitoba, she owns Feast Café Bistro in Winnipeg and celebrated her fifth year in business this month. Winnipeg has the largest Indigenous population in the country and Christa works within that community, both for hiring, and sourcing ingredients (berries, sweetgrass, wild rice, bison, pickerel), from local First Nations people. 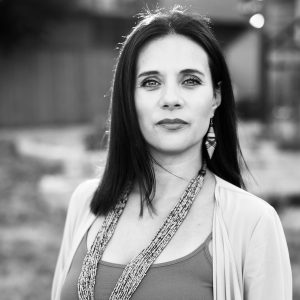 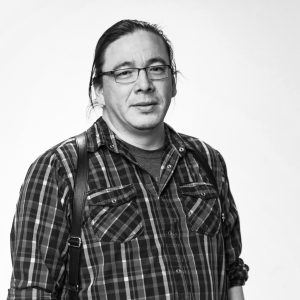 Both Joseph and Christa are on the board of Indigenous Culinary of Associated Nations (ICAN), and since the pandemic began have been running a food-focused initiative, spearheaded by Christa, that is like no other.

I spoke to them about their choice to create meal kits for the people who have been hardest hit by Covid, and why home cooking is so much more important than cash.

Please tell me about ICAN

Joseph: ICAN stands for Indigenous Culinary of Associated Nations. We are a federal not-for-profit promoting Indigenous culinary in Canada, as well as helping business owners that are in the culinary field to bring their businesses to market. Since the pandemic, we switched the focus to education. Canadians don’t know what Indigenous food is. We’re here to change that narrative and to change that dialogue. So, we’re involved with a lot of culinary institutions across the country, so that we can at least have Indigenous culinary professors teaching Indigenous food to their classes.

The Feast Boxes are also helping in other ways, can you tell me about that?

Christa: This campaign aims to support Indigenous families in need while also securing jobs in Indigenous culinary food services. It allows employees to keep working at the participating restaurants and establishments. This pandemic caused so many places to close their doors, and this is a way for us to bring back kitchen and support staff during the holidays. Why do the boxes require the recipients to cook?

Christa: A lot of people suffer from poverty and lack of experience, it’s a lost life skill. For us, instead of just giving money we decided to give ingredients – when you can connect to your culture through food it gives a sense of pride and self-worth and understanding. If you’ve never gone a day without fresh fruit and vegetables, imagine going a week. Canadians don’t realize how serious food security is – I only have to travel two hours north of Winnipeg to find third-world conditions among our First Nations communities. (Meal kits) bring hope to families that sometimes think no one cares about them. This will not only feed a family; it will help them understand how to cook healthy food.

To have traditional foods from a chef in our communities, creating a simple recipe to be able to cook at home is more impactful than just giving away money. It’s like teaching them how to fish. If you give a man a fish and all that.

Who are some of the chefs taking part?

Joseph: I’m focusing on families in Toronto. Cezin Nottaway has her community up in Quebec, Christa has the Winnipeg region. Jenni Lessard is taking care of the Regina-Saskatoon area and Scott Iserhoff has Edmonton. Paul Natrall and Inez Cook are taking care of Vancouver. It’s a huge initiative that we started back when the pandemic hit. We took $25,000 out of our ICAN budget and allocated it to having a first round of Feast Boxes. 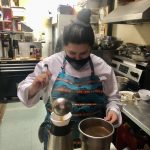 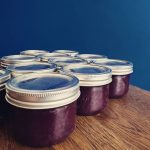 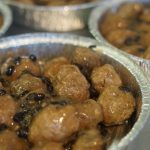 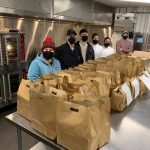 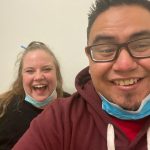 And you didn’t make an announcement at first, what prompted you to go public?

Joseph: At first, we just wanted to give back. We didn’t really talk about it, not a lot of people knew about it. But then we started a GoFundMe campaign so we can supply boxes to more families that need the help, that need the uplift during the holidays. It’s a really good initiative, and people need it at this time, especially with the lockdowns.

What are some of the meals you’re making?

Christa: I’m using local turkey, wild rice, corn, beans, bannock in a bag that the family can make at home. Seasonings, vegetables, fruit, bison and Arctic char from Nunavut, which was sourced from a non-profit here in Winnipeg. In Saskatchewan, the Wanuskewin Heritage Park culinary team, led by Chef Jenni Lessard, have created a roast turkey dinner with bannock and wild rice stuffing, sage pan gravy, low bush cranberry and Saskatoon berry sauce, and spice cookies with squash raised in Jenni’s garden this summer. And Noble Premium Bison just donated 400lbs of bison, worth $5000, to be included in the boxes. How many boxes in total do you plan to distribute?

Christa: We’ve made over thirteen hundred boxes that have already been given out, which is a total of sixty-five hundred meals. The kits will feed a family of six, with leftovers. Most need is felt in January, so some of these kits will be given out next month. Our aim is to give away eighty-five hundred meals by the end of January 2021.

Manitoba has the largest First Nations population in Canada, and we have the highest rate of suicide among youth, the highest number of children in care. The food insecurity in our Indigenous communities across the country is an ongoing issue, and very serious. Many of us have come from these backgrounds and have seen first hand this struggle with food insecurities, so we understand how hard it is and how hard the holidays can be.

Do some good right now.

Editor’s note: The writer and photographers have donated their fees for the production of this story to the Feast Boxes holiday campaign.